I’m absolutely delighted to introduce The City Rooms in Leicester as today’s Wedding Venue Feature.
Its a fantastic venue for anyone who is looking for a little bit of grandeur and history in a wedding venue… The high ceilings and period details are just stunning!

The City Rooms is a Georgian, Grade 1, listed building in the heart of Leicester City Centre. Whilst the building itself has existed since work began in 1792, since it was taken over in 2004 it underwent a huge refurbishment and restoration project. Since the doors opened for business in October 2006, The City Rooms has been used for many private functions and soon became a popular venue for Weddings. The venue has a licence for civil ceremonies in each of its 3 function suites and can accommodate anything up to 200 guests. 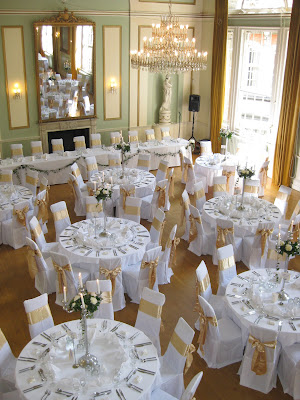 The venue has been very beautifully decorated, in keeping with the history of the building, but adding a few modern twists. The Bar is a stunning part of the venue and features an amazing white staircase. The stairs were originally meant to lead to further bedrooms, however due to financial difficulty during the original building-work in the 18th Century, these were never completed. It now proves a popular feature for photographs in the venue, with the fabulous, opulent wallpaper in the background. The large mirrors, sparkling chandeliers and decorative fireplaces throughout the venue also provide beautiful photo opportunities within this hidden gem of a wedding venue. 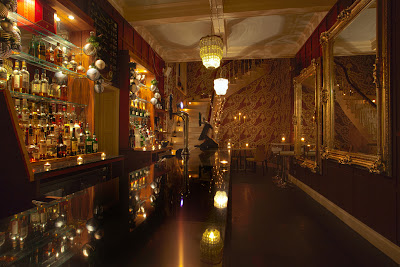 The beauty of this venue is its location. It is totally unexpected, giving it the real wow factor, especially when guests walk into the breathtaking bar and Ballroom. It also lends itself to fantastic urban-style photography, utilising the nearby streets for modern photographs against exposed brickwork and brightly painted doors. 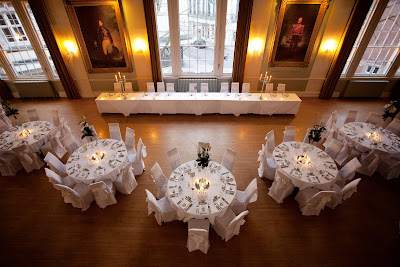 The real key to the success of The City Rooms is the young team by which it is run. Together they have a wealth of knowledge, having organised 60 weddings in 2010 and 55 weddings in 2009. They pride themselves on their personalised service, ensuring that the same coordinator is present from taking your enquiry, right up until the day of the wedding. Each coordinator has also worked with many suppliers and so is able to help with recommending other services such as entertainment, florists and photographers. 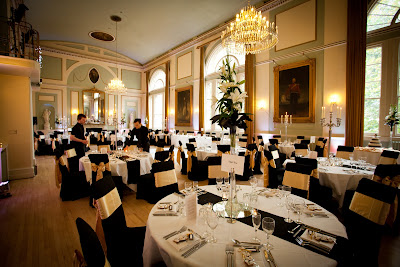 If you’re organising your wedding in the East Midlands, The City Rooms is well worth a look, it is easily accessible (15mins from the M1 / 5mins from the train station) and truly breathtaking. They have a wedding fayre taking place on Sunday 27th March and you can pre-register by clicking http://www.thecityrooms.co.uk/weddings/wedding_fayre.php

We use cookies on our website to give you the most relevant experience by remembering your preferences and repeat visits. By clicking “Accept All”, you consent to the use of ALL the cookies. However, you may visit "Cookie Settings" to provide a controlled consent.
Cookie SettingsAccept All
Manage consent

This website uses cookies to improve your experience while you navigate through the website. Out of these, the cookies that are categorized as necessary are stored on your browser as they are essential for the working of basic functionalities of the website. We also use third-party cookies that help us analyze and understand how you use this website. These cookies will be stored in your browser only with your consent. You also have the option to opt-out of these cookies. But opting out of some of these cookies may affect your browsing experience.
Necessary Always Enabled
Necessary cookies are absolutely essential for the website to function properly. These cookies ensure basic functionalities and security features of the website, anonymously.
Functional
Functional cookies help to perform certain functionalities like sharing the content of the website on social media platforms, collect feedbacks, and other third-party features.
Performance
Performance cookies are used to understand and analyze the key performance indexes of the website which helps in delivering a better user experience for the visitors.
Analytics
Analytical cookies are used to understand how visitors interact with the website. These cookies help provide information on metrics the number of visitors, bounce rate, traffic source, etc.
Advertisement
Advertisement cookies are used to provide visitors with relevant ads and marketing campaigns. These cookies track visitors across websites and collect information to provide customized ads.
Others
Other uncategorized cookies are those that are being analyzed and have not been classified into a category as yet.
SAVE & ACCEPT
error: